It’s been a minute since I’ve checked in.  Many of you know that my Tía Isa passed away a couple of weeks ago. I want to thank all of you who were so kind in sending our family condolences, comfy socks, chicken soup, wine, meal delivery vouchers, and flowers. I so appreciate the love and support. 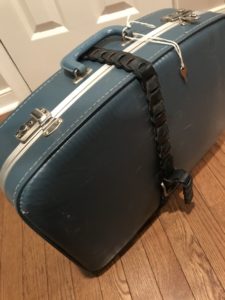 I’ve been climbing out of the haze by doing all the grown-up things you have to do to settle people’s affairs. Death certificate applications, closing bank accounts – all that official stuff. The real work, though, has been going through the things that my mother and aunt thought were vital. And for that, I had to face la maleta.

For as long as I can remember, my mother and Tía Isa told me about the suitcase in the back of their closet. It is a battered hardshell piece of luggage in that Pan Am airlines blue. It has a key on a string and an old belt from the 1970s holding it together.

Inside, Ma and Tía kept documents they knew I’d need some day, but also the ones I suspect they couldn’t part with because they told the story of their lives. La maleta had their Cuban passports wrapped in plastic, my grandmother’s welfare id card, Tía’s high school diploma and license as a telegraph operator, my grandparents’ birth certificates from the late 1800s, a prayer and medallion for Santa Barbara. I found my parents’ divorce papers and  prayer cards for all the family members who died before them.

As I opened envelope after envelope, I found a collage at my feet of all they’d hoped for as young women and all they’d suffered as they aged. It was a map of their lives in Cuba and here in the US. Sitting among the piles of treasures, I felt breathless.

The suitcase, smelling of mold, was put out in the trash, although I couldn’t watch Javier do it. But the rest had to stay. Javier dug out a plastic file box from the garage for me, and I got to work labeling what I consider heirlooms. When I was done, I tucked it all on the top shelf of my office closet and had a huge cry. 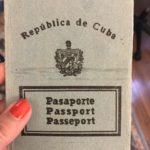 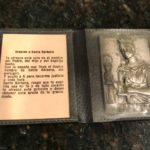 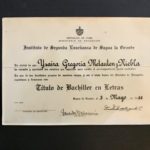 I’ll show my kids where the box is, for sure. I wonder if their generation – the people of i-phones and scanned documents and e-signing – will understand my compulsion to guard these items. I hope so. Years from now, it will be their turn to be the stewards of our family story. They’ll have to add to the box and decide what’s important to hold on to. But here’s what should guide them. There was a before. There was a foundation. There were losses and hard experiences. There were valiant men and women who got us all here and who deserve to be remembered. 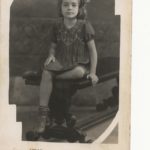 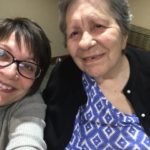 You can listen to Meg’s reading of Tía Isa Wants a Car, based on the real tía Isa, on Julie’s Library. 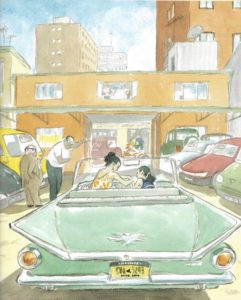