I learn a lot about the writing process from friends and colleagues. Something about the safety of our relationship allows me to share and listen deeply. There’s not a novel that I’ve written that hasn’t included sage input from trusted friends. 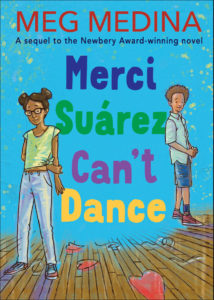 The scene in Yaqui Delgado Wants to Kick Your Ass between Piddy and Joey, when they’re in her room and he discovers her bruises? Thank Gigi Amateau for that. Merci deciding to sell her one, most meaningful belonging to fix a terrible mistake she made in Merci Suárez Can’t Dance? It’s got Lamar Giles’ fingerprints all over it. The details about Son of Sam in Burn Baby Burn? My personal friends, Alice and John, connected me to their neighbor, who was one of the cops on the investigative team back in the day.

I could go on. 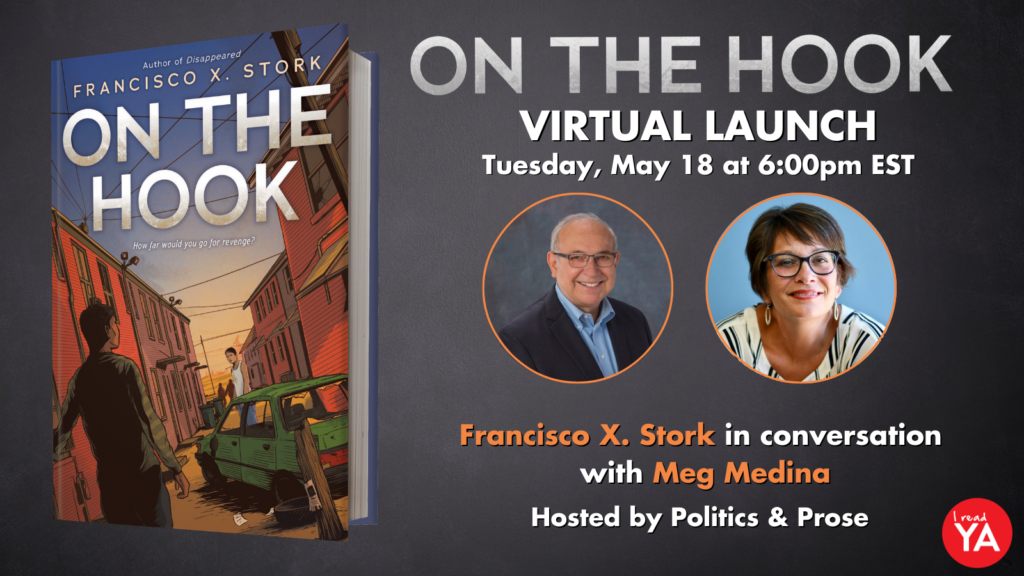 I tell you this as a way to explain why I’m so excited for two events this week, where I’ll be in deep conversation about writing with two of my writing heroes, Lilliam Rivera and Francisco Stork. Both are well-known talents in our circle of Latinx authors, and guess what – we’re not going to be talking about diversity as the main subject. What a welcome relief! We get to talk about writing.

When I first met Francisco Stork at an ALAN conference a few years ago, I was starstruck, mostly on the merits of his exquisite novel, Marcelo in the Real World. The picture here is taken on that date. Since then, I’ve been a steadfast fan of the man and his work. His new book, On the Hook, is a re-telling of an earlier version of the story. I can’t tell you how many times I’ve wanted to re-do a scene or ending in one of my books. I’m intrigued to talk with him at Politics and Prose on May 18, 6 pm EST, about how he decided to go in and rework an earlier piece.

Lilliam Rivera and I met through her radio show in LA, just after Yaqui Delgado Wants to Kick Your Ass was published. At this point, I consider her one of my dearest colleagues. 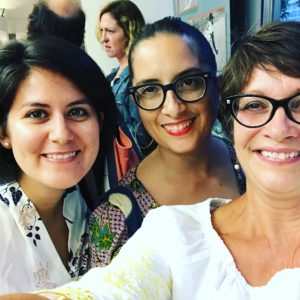 Lilliam in the middle (with me and Emma Otheguy)

Fresh off her Pura Belpré honor award for the YA novel Never Look Back, a Latinx retelling of the Orpheus and Eurydice myth, she has a lot to share about craft. We’re going to give a two-hour master class on how we wrangle our novels into shape. It’s being offered virtually through James River Writers here in Richmond, VA, on Sat., May 22 12:30 EST.  Plan for plain talk, which is our specialty, about our strategies for different works, the exercises and habits that helped us, and a general demystification of the slog that writing a novel can be. 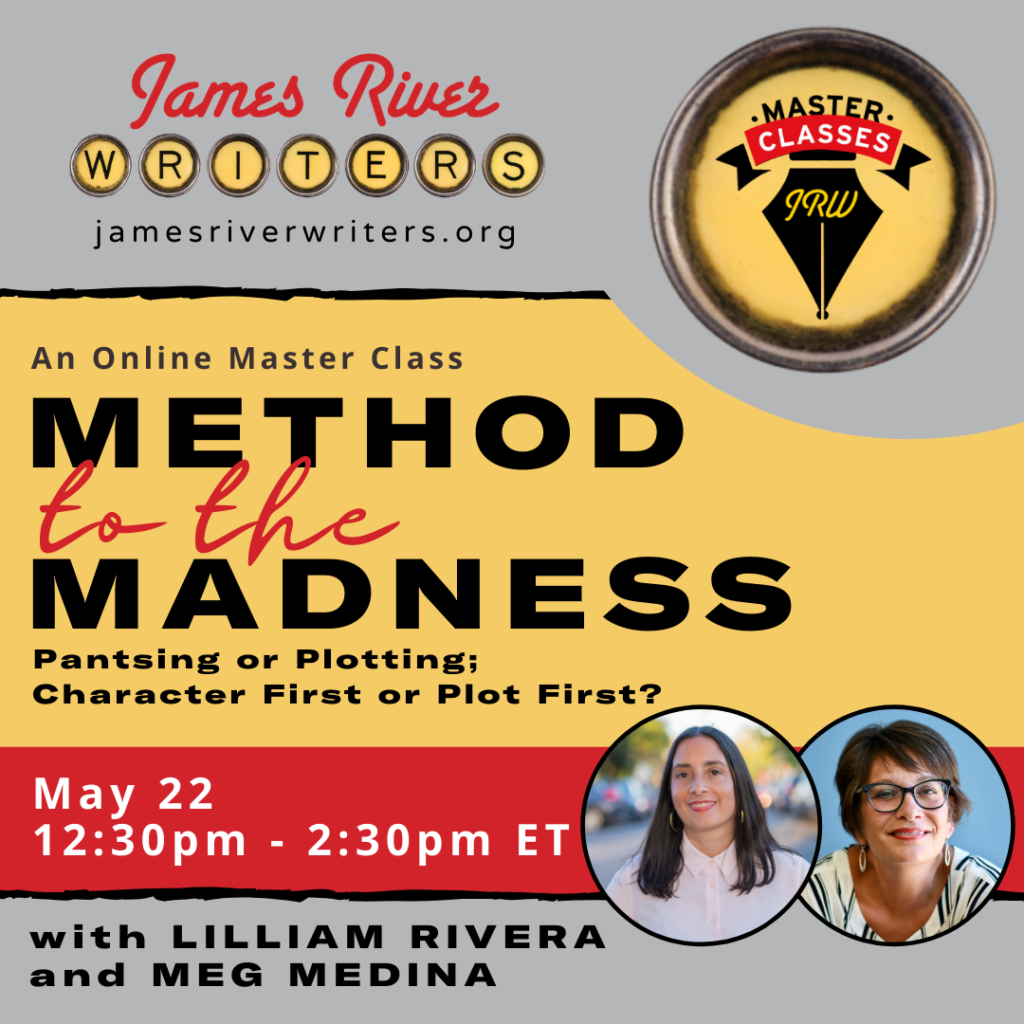 It’ll be a busy week, but one that involves learning with friends. I hope you’ll catch one of these conversations or else join in my other events this week (SLJ Day of Dialogue and Kenosha Public Library).