While Banned Books Week was last month, I’ve recently had a front row seat to the parent pressure being exerted on school boards across the country regarding library books and teaching materials. New Kent County pulled The Poet X by Elizabeth Acevedo from its shelves, and Henrico County, where I live, pulled Ashely Hope Perez’s novel, Out of Darkness, from high school libraries, pending a Superintendent review. 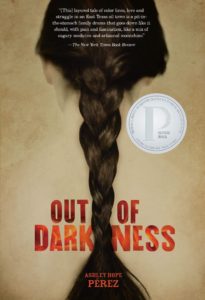 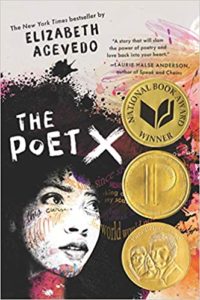 Both novels are highly decorated young adult works, and both center narratives by Latinx and Black characters. Out of Darkness is a historical novel about the 1937 New London, Texas school explosion that killed 295 children and teachers. It won the 2016 Tomás Rivera Award and American Library Association’s 2016 Printz Honor Award, which recognizes an outstanding work of fiction for teens. The Poet X chronicles Xiomara’s life as she discovers the power of poetry to understand and name her experiences. In its stratospheric debut, it won the 2019 Pura Belpré Award, the 2018 National Book Award, and the 2019 Printz Medal.

I am a Latinx Virginian. I’m also a colleague of both authors, one who has chronically run into the buzzsaw of censorship myself for my novel Yaqui Delgado Wants to Kick Your Ass. I’m also a former English teacher, a parent who raised three kids into adulthood here in Henrico County Public Schools, and a former – and active – school volunteer. In other words, I am all about books, kids, and community.

To my fellow Virginians (although the sentiment applies everywhere) I want to say this: I’m alarmed by what’s passing for parental concern as it relates to pulling books. As your friend and neighbor, I want you to think long and hard about what you’re doing to school boards and to kids with your demands.

Novels for teens can range in tone and topic as widely as teens vary themselves. Often, we find main characters who are questioning society and what they have been taught. The characters push boundaries and face daunting obstacles as they evolve into the people they want to become. They often make risky, hair-raising choices and face unexpected consequences. This, my friends, reflects the messy and often heartbreaking process of growing up.

To pull books from a school library because of the discomfort they create in adults is a recipe for disaster. It erodes the trust young people have in the adults in their lives and pushes them to secrecy. It undermines the studied opinion of professional librarians and educators. It supports a false idea that there is one version of life that is acceptable. And, it denigrates the work of authors who are brave enough to name experiences that are difficult and real.

Every parent is entitled to engage with their child about what they read. They are always at liberty to ask for an alternative assignment in classrooms. That’s fair.

But that is a far cry from asking libraries to pull material from shelves and to insist that no other child should choose to read a particular title because a parent or group deems something too sexual or vulgar or outside their own comfort or value system.

We are a varied community, with wildly diverse backgrounds, tastes, and experiences. If you find a book objectionable, don’t read it. That’s your right, and I respect it. It isn’t more complicated than that. Just don’t assume that you speak for everyone or that you have the right to demand a book’s removal. 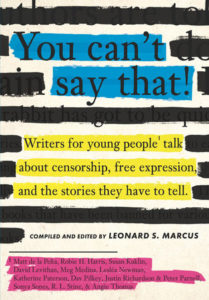 Read more on censorship in Leonard Marcus’s new book, You Can’t Say That.