By Meg MedinaJanuary 18, 2022No Comments

People are sometimes surprised to learn that I began my school years as a mostly monolingual, Spanish-speaking kid. I’m US-born, but my Cuban mother – and later our whole family as they arrived – spoke to me almost exclusively in Spanish in the hope that I would be bilingual. This was the 1960s, in the days before language support programs were common. So, when it was time for school, I traipsed off to kindergarten armed with only the anglo name she’d given me (Margaret) and the vocabulary skills I’d picked up from a show called Romper Room. 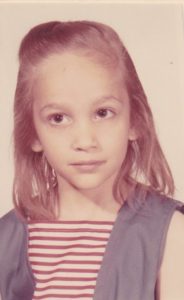 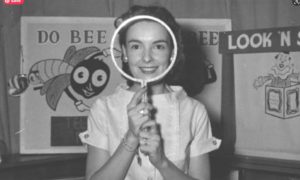 Who was seen in Miss Nancy’s magic mirror? 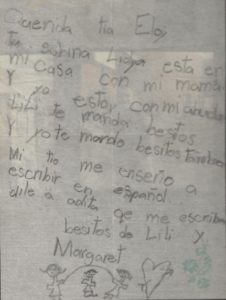 A letter I wrote to my family in Cuba shortly after my uncle taught me how to write in Spanish.

I was thinking about all that because I was the closing speaker last week for the Las Américas Academy‘s annual Biliterate Conference, where I presented on what language literacy looked like in my own family. Preparing for that talk got me thinking a lot about my whole relationship to language, as a Latina and now as an author. And, I was thrilled and honored to hear, in the Q & A that followed, that so many of the attendees shared deeply personal and sometimes painful experiences about their own journey with their identities and language.

Whether or not someone is bilingual is historically tricky terrain for people who identify as Latino or Hispanic in this country, mostly because so many of us don’t speak or write it at all. In fact, according to the Pew Research Center, the share of Latinos who speak Spanish at home declined from 2000 to 2019 (78% to 70%). Among the U.S. born, this share has decreased from 66% to 57%. How does that happen? Maybe our background is indigenous. Maybe our parents couldn’t read or write in Spanish themselves. Perhaps our parents wanted us to assimilate into the majority culture and made it a point to promote English. Maybe the school system we attended discouraged the use of our home language. Or maybe it was just easier for us as kids to speak the way we did with our friends rather than hunting and pecking for words in Spanish to communicate.

Whatever the reason, as a community we all come to our Latinx identity with a rich and complicated relationship to our language, one that is made even more fraught by English-only pressures around the US. (I write about some of that complication in my piece “Hablar” in The Talk: Conversations About Race, Love, and Truth, edited by Wade and Cheryl Hudson.) We may stink at speaking the mother tongue, but we’ll fight to the end for our right to use it whenever we want. 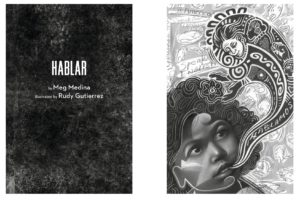 Anyway, today, I’m an English-dominant Latina. If you ask me to prepare a presentation in Spanish, I’ll do it. But it will take me three times as long to double check all the spellings and accent marks, which I invariably get wrong. That’s to say nothing of the phrases that I’ll have to look up, too, expressions that just never came up between my family and me. When would I have said “narrative arc” to my grandmother? “Publishing trends and projections” to my mother? “Writer’s voice” to my tias? Nunca.

Still, my identity is unshaken, and I believe that honoring a layered relationship to language and identity in kids’ books is vital, wherever we fall on the competency spectrum.

I mostly rely on translanguaging in my work, inserting Spanish within English text to mimic speech, a strategy many Latinx authors use. And of course, my books are available in dual language editions, like my upcoming chapter book Ella persistió: Sonia Sotomayor (Philomel Books, March 2022) and Merci Suárez no sabe bailar (Candlewick Press, September 2022, translated by Alexis Romay).

But I’m also a big fan of good bilingual books, like those of Monica Brown, or one of my recent favorites, I’ll Build You a Bookcase by Jean Ciborowski Fahey and illustrated by Simon Shin, translated expertly by the wonderful Yanitzia Canetti (Lee & Low Books, 2021). You can get that one in Mandarin, Arabic, and Vietnamese, too, by the way. I haven’t tried to write one myself, but I don’t count the possibility out. 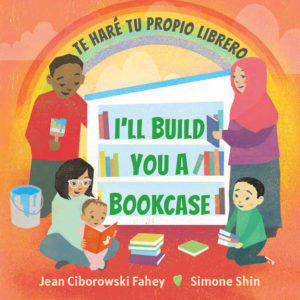 All of these approaches to Spanish can and should co-exist in a classroom library to build stronger language skills for all students. They offer practice, connection and, most of all, a reflection of all the many ways we communicate. Language has always been elastic and ever-changing. I say, let’s encourage all kids to speak as many languages as they can and let them experiment with how their culture intersects with expression.

Also, I’m looking for your advice:  Check out my request on Instagram and give me your honest thoughts. Thanks! 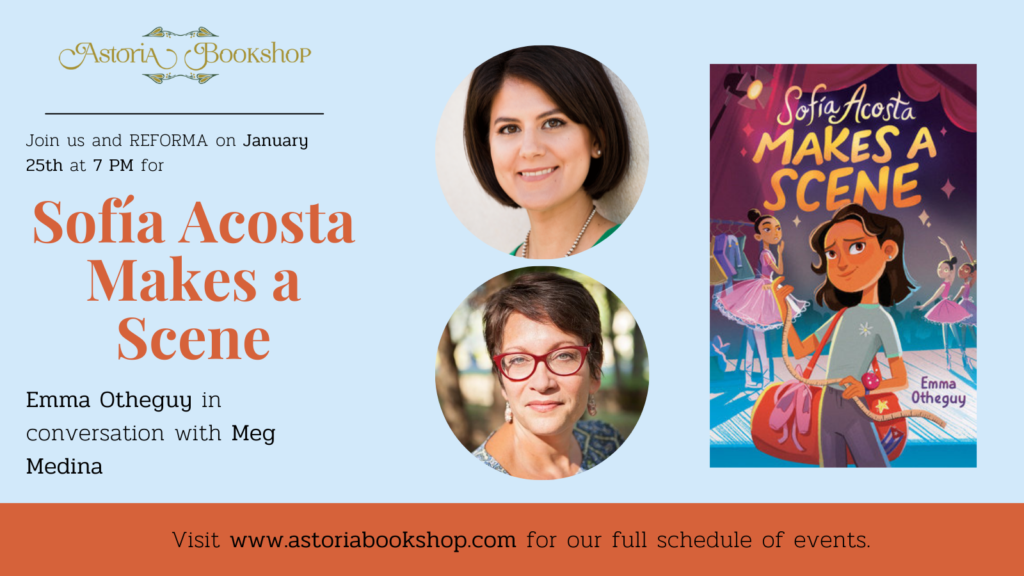